Late reply Bumpty - but not really. Sometimes keeping track of what’s for what can be an issue!

Nothing really happening with Redback, just clocking up the kms. I still need to fit all of the interior and a couple of weeks ago I fitted the oil pressure sender unit, so now I have a working oil pressure gauge! 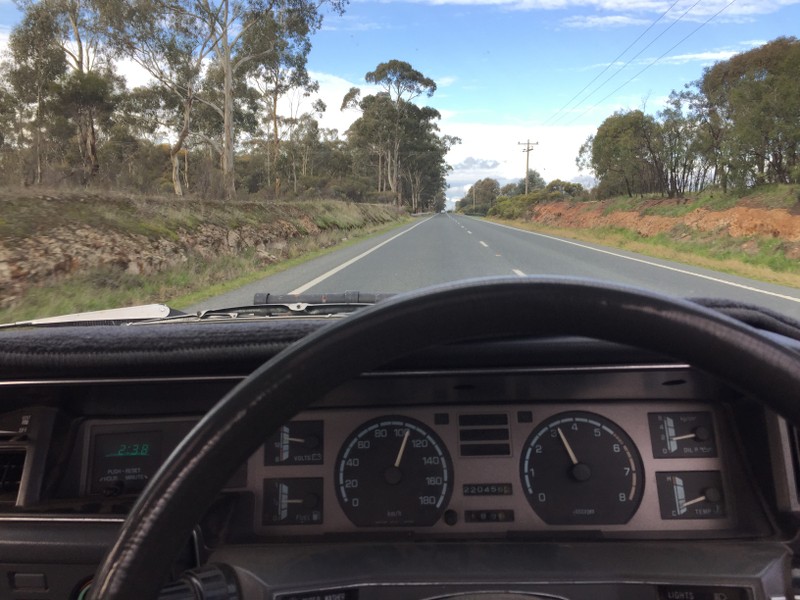 In the bush about 5-10mins from home: Over the last month I’ve randomly had three people compliment my brumby, it’s a nice feeling! It’s also surprising as she’s not washed and is still full of dings.

My voltage was bouncing all over the joint with rev changes on the old EA alternator - and I’m out of replacement second hand units in my parts stash. This mod has the volt gauge sitting steady.

The mod is the EA alternator replaced with an EJ Gen3 unit. How to conversion thread here.

Looks odd but does the job: 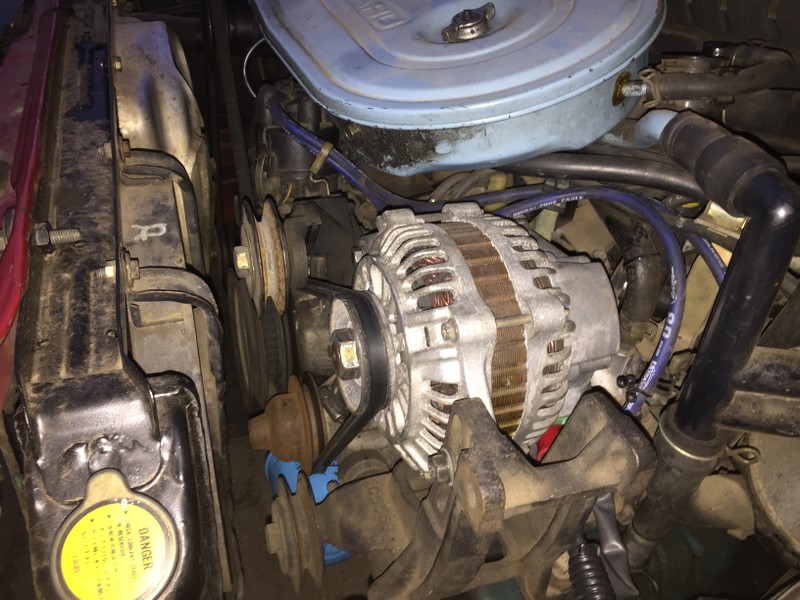 The switch was fitted when I did the dash conversion. I might get the rest of the interior fitted before Christmas..!

Looking good Bennie, got any more info on the intermittent wiper install ? ( will have to check what's in the parts bin for mine )
Cheers, Bantum ...
'76 Wagon | '82 Touring Wagon | '85 Brumby Sports | 4x140 Wheels | Subaru Scale Models
Top

Thanks Bantum. She’s really “good from afar but far from good” - as always, she’s a work in progress. 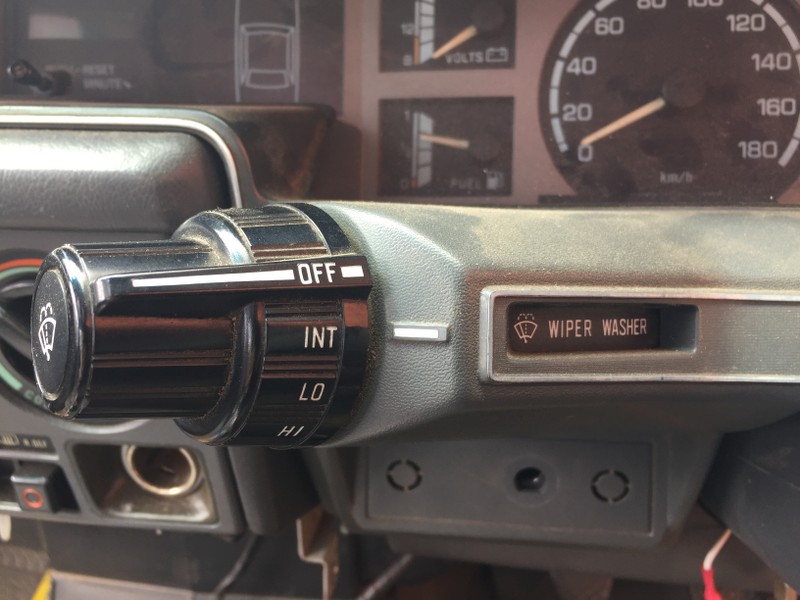 There are two types of dial switches - the one above from a coupe or sedan, the other from the touring wagon with an extra dial for the rear wiper function. Either will work, just the rear wiper will be defunct unless repurposed for something else. 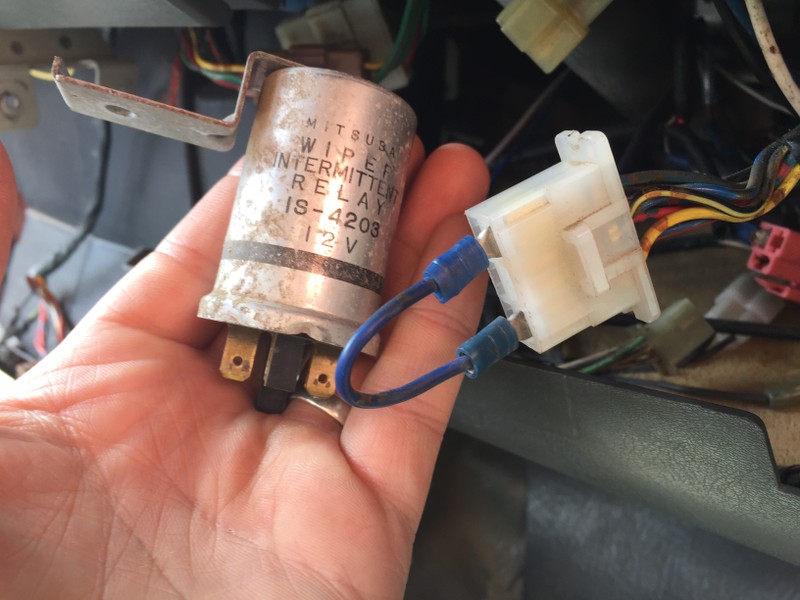 The wiring is easy. Swap the (usually) looped yellow wire plug for the intermittent relay canister. Once the switch and canister are fitted, you have intermittent wipers.

Basically, if you see a six gauge cluster and dashboard, grab the whole thing if it’s in a wreck (or the whole vehicle if it’s too good to scrap!). You’ll have everything you need for the better looking cluster and it will have the intermittent wipers (I’m 99% sure they go hand in hand). Best bit is once you fit the dash and cluster, you’ll “automatically” have the intermittent wipers as a result of the swap. And it’s plug and play so long as you’re using the matching wiring to the cluster.

Today I finally got around to something I’ve had on the to-do list since the day I got Redback - clean up some rust before it kills my ride. This is coated in rust buster at the moment: 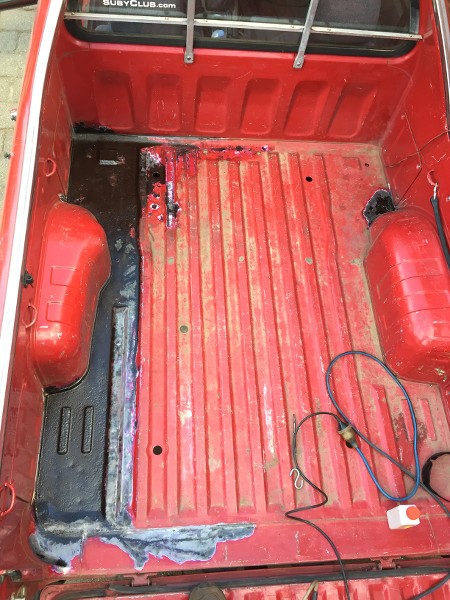 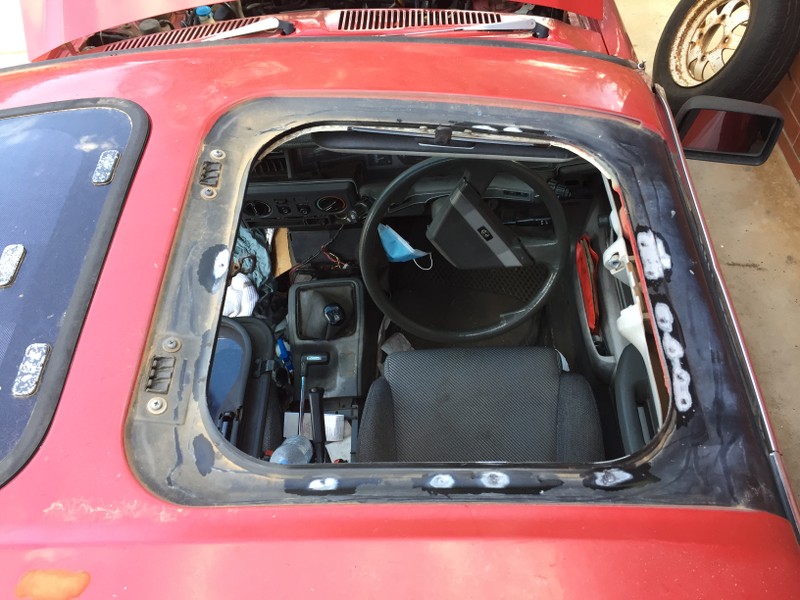 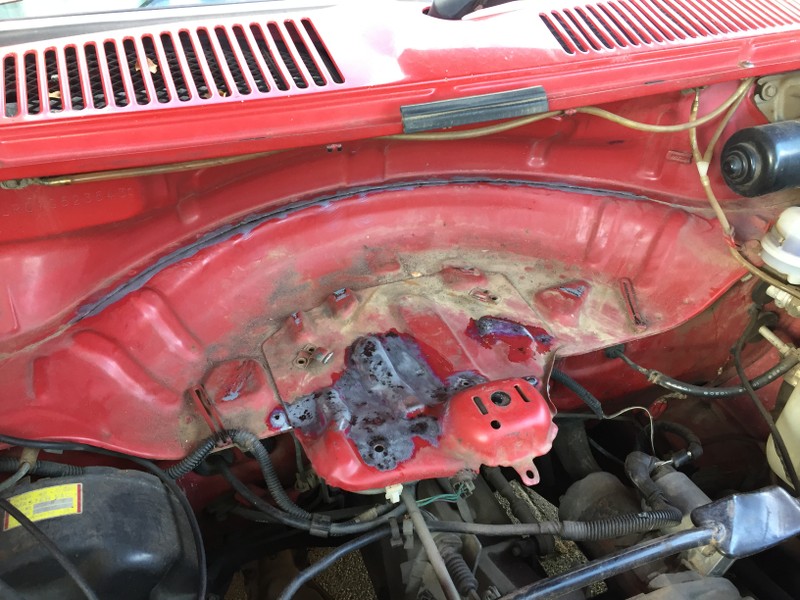 There was another small patch on the radiator support panel and I hit the passenger’s side A pillar patch below the lower hinge. It’s a fair hole now and will require a panel cut, clean and replacement. That was always on the cards - just when is the question. RHS needs to be done the same too.

I really didn’t want to do the work as I know all too well how it goes - it’s a chase of the rabbit down the hole when it comes to rust. And it never looks good once it’s done as I’m not one to sand, fill and spray etc. I just want the rust shot until I can get that dream spray job done!

In other news, the EJ alternator is going well and the Brumby no longer pings on the open road. I have a new issue to chase down - surging like there’s a lack of fuel at times. It seems to happen when under load for long periods of time such as when towing up a hill and once when trying to maintain 110km/h with a stiff headwind.

First thing to try is a rear filter replacement. After that I’ll be looking at the fuel pump, which I think I’ve never replaced before (can’t remember which brumby I did a pump swap on, but I suspect it was Sunnie the Brumby).

I’m hoping that next weekend will see the Brumby head to Wandiligong to visit the Wandi pub - and get a photo of the pub with the Wandi Pub sticker on my bullbar: 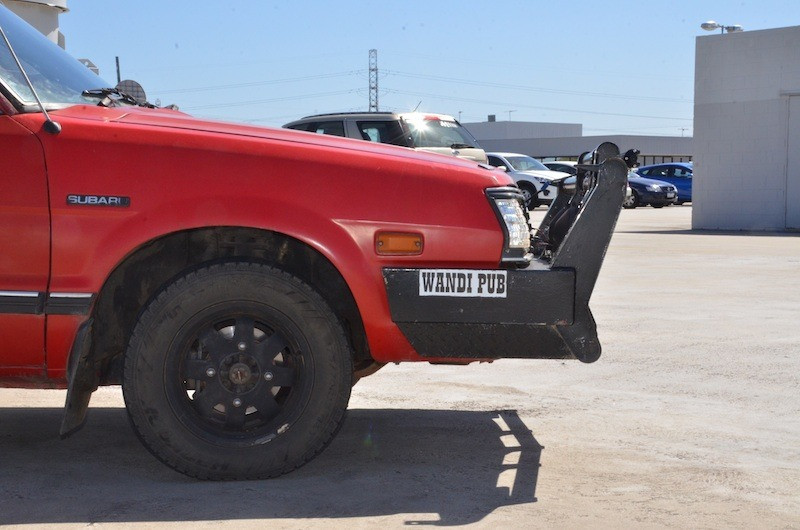 The trip is just something I’ve wanted to tick off the list for a long time. In 2019 when I visited the pub for the first time, I found out they don’t do this style of sticker anymore, which just had me wanting to bring the sticker (and my bullbar) back to the pub they both apparently once visited before

I got the primer coat on one day after work late in the week. This is the only pic of that work: 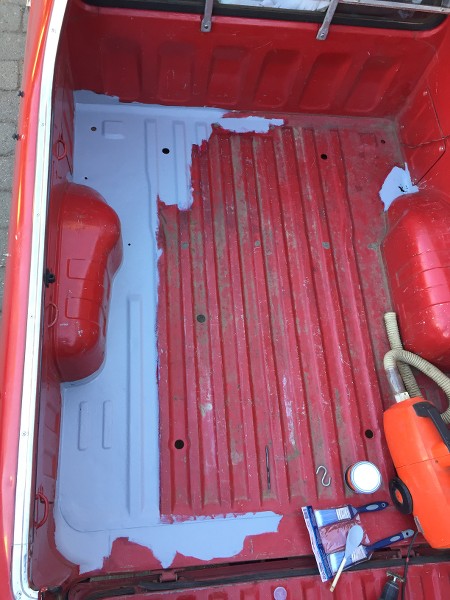 The night before the road trip I sealed up the primer areas in the engine bay and the spots around the driver’s roof hole with black no rust enamel or something like that. It doesn’t look show room spec, but it also doesn’t say “look at me” like the tray area does at the moment.

Saturday. Early morning start at 8am. Driving into the sun wasn’t as bad as I expected and we didn’t see any roos which was a huge bonus.

The route was: Bendigo, Tooborac (also has an awesome pub!), Seymour, Yea, Bonnie Dion, Mansfield, Whitfield, Myrtleford, Porpunkah, Bright, Wandiligong. On the way home we dead headed to save time. From Myrtleford we hit Oxley, Glenrowan (via the freeway) down to Violet Town, across to Rushworth and on to Bendigo.

Total distance 682km. Don’t know exact fuel usage yet but first fill before returning home was 33L and 423km! That’s a record for the brumby, 7.8L/100km!! - even with a good flogging between Mansfield and Whitfield, I was very surprised!

Not many photos, too busy driving! Here are a couple from my phone. I’ll have to see what’s on the big camera yet. 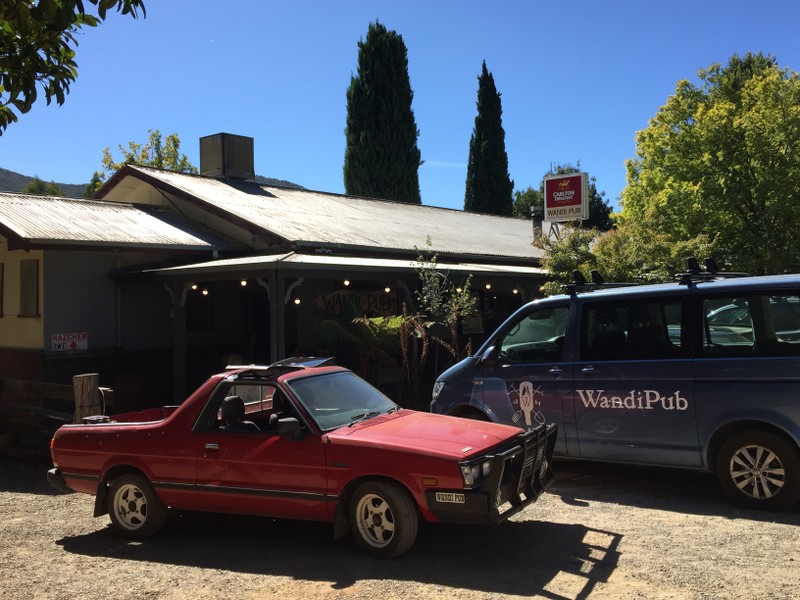 - these roads should have a higher speed limit to avoid boredom!): 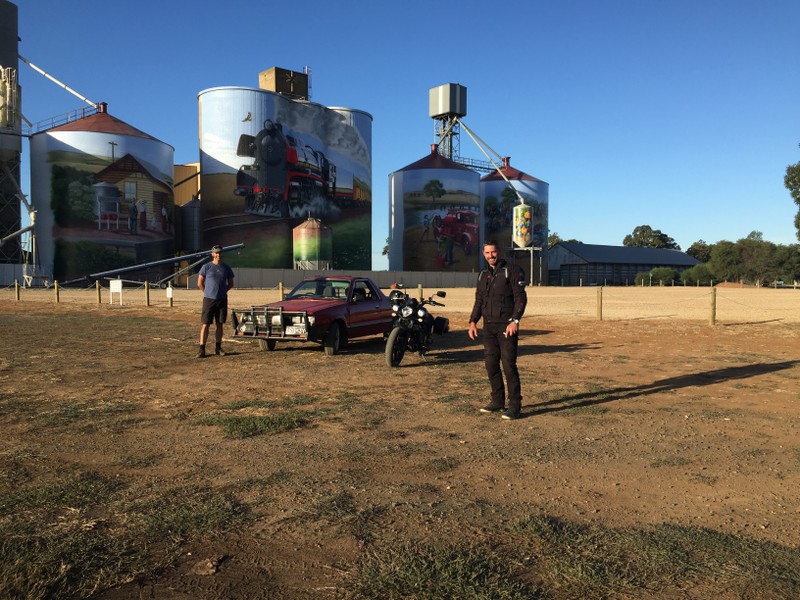 Awesome day out. It was great to see so many people out, shame that for many social distancing is already a thing of the past... one notable dickhead on the road. The food at the Wandi Pub was awesome too (as expected)! We *just* made it in time to place an order! Book in weeks early if you plan to stop for a feed (no joke!).

I'm finally going to get my blue targa sorted and then clear out all the parts i have.
i know i have two great wide dashes, and i know that one of the analogue instrument panels came to Me "bare" , i'm hoping that the other came with a full sub-loom.
I know i have 3 looms for working digital panels, I wounder if the digi sub-looms are plug'n'play with the wide analogue dashes - probably not.
I'll have to start a threat myself - it will be short though.
Anyway great read, thanks
Top
Post Reply
149 posts