I'm after thoughts on adding our new family bus to...

I'm after thoughts on adding our new family bus to...

It's an MY05 plated NP Pajero Diesel, so not a subaru.

But it's getting some attention and I'm happy to share what I've done/doing.

So throw us a yay or nay below please!

Bennie, I hope I'm not going to rain on your parade so to speak, but have you checked to see if the Pajero was subject to the Takata Airbag Recall?

Some people have been caught up in a fiasco whereby vehicle manufacturers will not make a replacement airbag/s for older vehicles. This then renders the vehicles un-roadworthy for registration, the manufacturer then offers to buy the vehicle at "Market Value".
Top

One guy had an issue where his vehicle wasn’t effected but the replacement airbag he had installed cane from a vehicle that was. He had to press MMA to get them to send a tech out that apparently has a list of serial codes that are effected. His replacement airbag apparently isn’t on the list - which is weird since the donor’s VIN was on the list...

Apparently MMA are allowing owners to remove accessories before their car is taken. I don’t see the point in this since these accessories are for a vehicle that’s in the process of being wiped out at the moment.

If you want to read the thread, have a look here

Our Pajero is a Gen3 NP. Hopefully not going to be on any list in the future.

I had heard of other cars having "recycled" air bags placed into their cars. Can't remember if it was here or overseas.

I can feel your relief that your Pajero is not on the list.
Strange that they let owners remove accessories, as you say, they are of no use to anybody unless of course they fit other models as well.
Top

Well I reckon it’s yet to be seen whether the NM ad NP end up on the recall list. After all, these things surely should be an item that’s replaced like a cam belt at set intervals... I guess manufacturers and designers didn’t think these vehicles would still be around for it to be an issue.

I know the forum is slow in its traffic today, but I thought others would have dropped a line to put their 10c in!

I’ll leave it be for now.

Does this mean Ruby scoo is being relegated to secondary choice of camping vehicle?

You know, suit yourself Bennie if you want to post pics and info, you are sure to still get views and we're happy to see projects on the go...
Just don't forget to keep us up to date on Ruby, don't let her get left out in the cold for the roomier (more capable?) ahem....check out what "pajero" means in spanish

I hope not Sam, but deep down I know she is

It’s sad to say, but unless I can get her engineered and on club rego (ultimate goal!), her days with full rego are numbered. I think this year and next will happen, after that she might get relegated to retirement until I can do what I really want in the engineering department.

Once I’ve got her operational again, she’ll hit the road often - I’ll have a mix of three vehicles to drive to work now and I’m sure she’ll see tracks around Benders as well as some boy’s weekend trips where I’ll take a couple of the rugrats with me and leave Mrs El_Freddo at home.

Because we got a Pajero, my parents were quite impressed with it and needed a new vehicle to tow (and dad wants to go off-road too), so they “lashed out” on a 2011 NT diesel. By today’s market they got it for a STEAL!

Another problem now is our one Pajero is now two Pajeros... (and as of last Saturday, there are now four Pajeros in the family after my brother got his family an NP V6 petrol!) the parts car was too good to part out and I came across a VERY affordable engine to replace the dead one it came with. So for under 2G I have one to daily - and it goes harder than the family bus, probably due to the intake clean it copped, where as the family bus is yet to have this done... 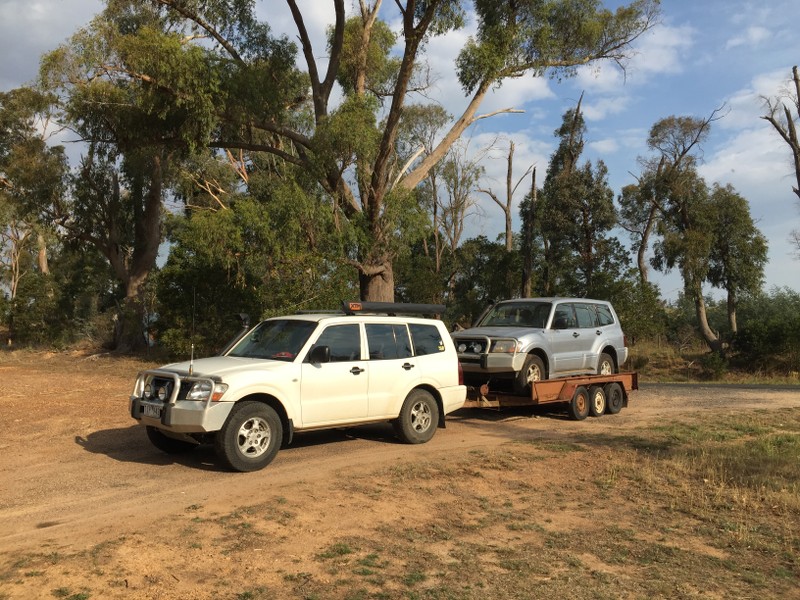 Also the Pajero can tow (as demonstrated above) - we got a road and trak camper trailer last year that we took bush - twice in the one holiday block!! 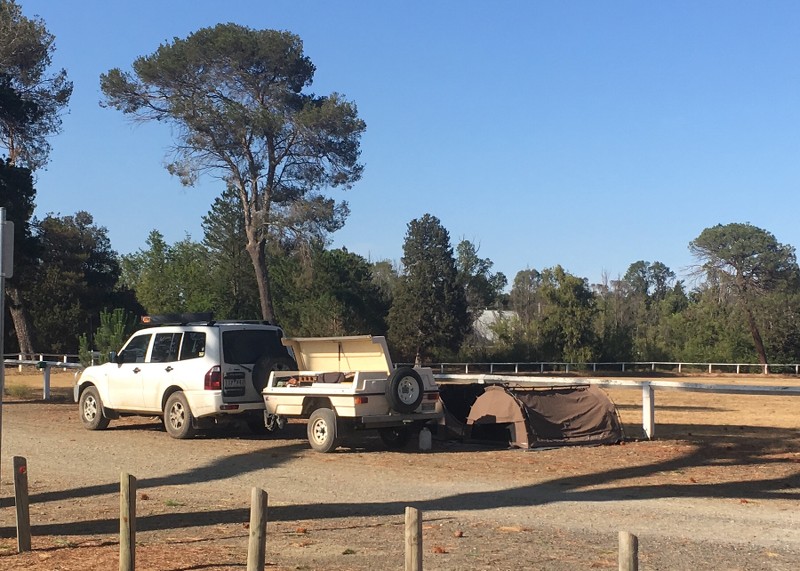 Unique trailer. Got some plans for it and need to find a fridge that fits where the old three way used to be. They came with tents that would be setup with 50 poles and guide ropes off each side - one for eating with the kitchen etc and the other for sleeping in. We didn’t get a tent with ours. No biggie.

And the name thing... yeah well, I’m not in Spain, so it’s all good (and I’m sure we’re all guilty of being a Pajero at some point or another). That’s why they’re known as Monteros and Shoguns in some other locations in the world.